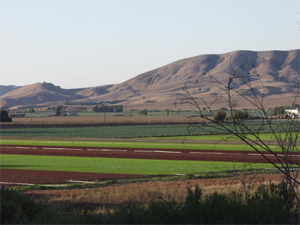 The California leafy greens industry has a long history of supporting agricultural research.  Initially, research efforts were overseen by the Iceberg Lettuce Advisory Board, founded in 1973.  That program expanded its scope to include leaf lettuces and changed its name to the California Lettuce Research Board (CLRB) in 1998.  Ten years later, in March 2008, leafy greens handlers throughout the State of California voted to replace the CLRB with a new program, the California Leafy Greens Research Program, in order to expand research efforts to include spinach and spring mix while still maintaining research programs for iceberg and leaf lettuces.

Funding is secured through a mandatory assessment on all lettuce, spinach and spring mix grown in California.  This is accomplished under the authority of the Secretary of the California Department of Food and Agriculture under the California Marketing Act of 1937.

California’s position as a leader in the production and distribution of leafy greens can be attributed, in large degree, to public and private research funded by the current program and those that preceded it. Research is conducted by personnel from the University of California, the U.S. Department of Agriculture, and independent researchers, all of whom have technical and practical expertise in the production and distribution of leafy greens.
California is the leading producer of lettuce with an estimated 72% of the total U.S. production of iceberg lettuce, 79% of leaf lettuce and 74 % of fresh market spinach (source: California Agricultural Resource Directory, 2007). The research programs funded by industry for forty years have allowed the lettuce industry to continue to provide a consistent supply of high quality lettuce to the consumer.  With the inclusion of spinach and Spring Mix, the new program will expand and build on the successes experienced previously.  The program is administered by a board of 15 members and 15 alternates who represent the Leafy Greens industry.

We hope that the information provided on this web site will provide you with an indication of the commitment of the Board, the accomplishments of the researchers, and the value of the program to the California leafy greens industry.